My Dad, my hero 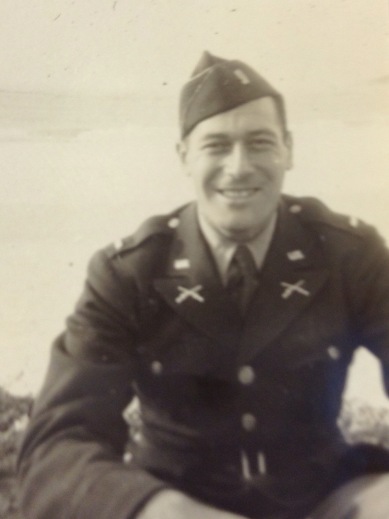 Captain Joseph M. Zimel was a soldier in World War II. Some children say their fathers never talked about the war. My Dad talked about it all the time. I have his uniform, his medals, and a Japanese flag he brought back. He brought back his gun but my parents disposed of it after my sister got it out of its hiding place and pointed it at me. (It wasn’t loaded). My Dad was a member of the greatest generation, a self-made man who had to drop out of high school during the Depression to work with his Dad.  He later got his GED and completed a Bachelor’s degree. He was a free spirit and a very lovable character.

To him and to all the other brave men and women who served our country, I think of you today.