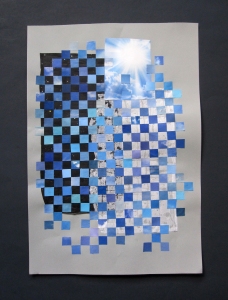 the clouds are
following each other
into eternity
–Jack Kerouac

Ruby Spriggs was a Canadian poet and painter, who often illustrated not only her own short verse, but that of her friends.  She served as editor of several poetry journals, including Haiku Canada, and yet…I found no real biographical information, few poems, no art online.  She died in 2001, but surely she has friends who could set up a website?  Could Haiku Canada not set up pages for both its past and present members, with art and verse?  And speaking of Haiku Canada, could some Canadian designer update its website?  I know you’re out there, Canadian web designers who love poetry…

Jack Kerouac, on the other hand, has pages of links to his googled name.  But he his not that well known for his haiku.  He wrote many, and many good ones.

Where there is light, there
is also shadow: embrace
it and make it shine.