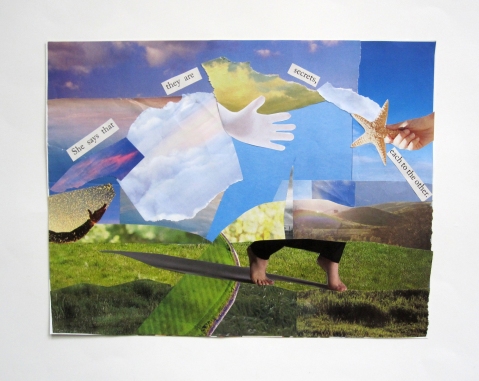 She says that they are secrets, each to the other.
–Michael Cunningham, “The Seven Ages of Women”

can you judge
the distance?  is it
still or fast,
sharpening
or disintegrating?  or
cleverly concealed?

I used Jane Dougherty’s microfiction prompt photo, but since I took the words directly out of Michael Cunningham’s story, I don’t think it qualifies as a fiction.  The sentence was so perfect for my illustration, though, and so beautiful in and of itself…well.  It’s something:  an illustrated sentence?

Michael Cunningham, probably best known as the Pulitzer Prize-winning author of “The Hours”, loves fairy tales, and collaborated with artist Rachel Feinstein to produce “The Seven Ages of Women” for New York Magazines’ fashion issue last August.  It’s a magical story in both word and vision (take a look here).

For extra credit, I decided to see if I could make my own serial from my past responses to Jane’s microfiction prompts.  This is what I came up with–what do you think? 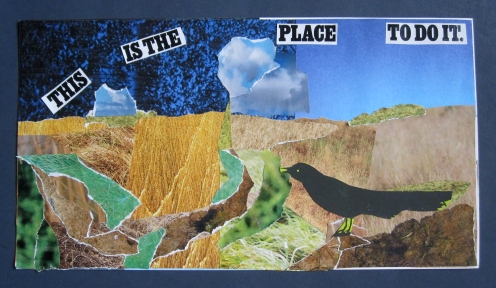 This is the place to do it. 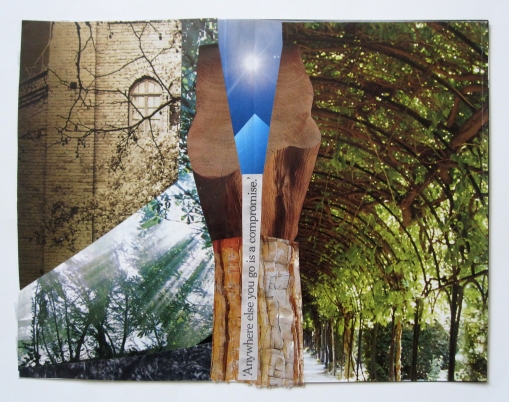 Anywhere else you go is a compromise.

“How much did they reveal of themselves?”

She says that they are secrets, each to the other.