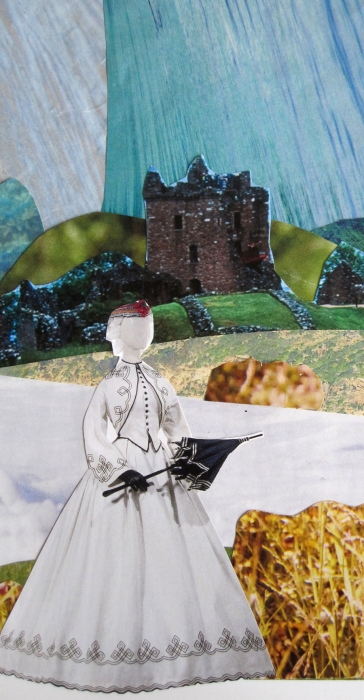 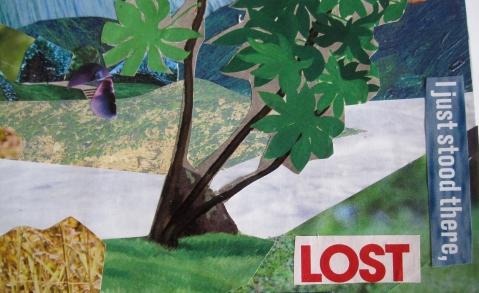 My collage box had its own ideas, as usual.

When I returned, the scene had darkened.  Underneath layers of rain, the curtain was already falling over my head.
The clouds, no longer hidden, now speak for themselves.  We were united under an umbrella of overpowering landscape.
I just stood there, lost, watching it all unfold in front of me.