what dream is this?  circling
spiralling into form
slipstreamed fertile reborn
continuous

Colleen’s Tanka Tuesday theme is dreams, so I’ve written a variety of dream poems for March, a dreamy month I think. I’ve interspersed some of my previous March grids.

in March I
ruminate return
remember
rains that be
come sun-dappled spring—shining,
blooming with birdwings

dreams become
part of the landscape
filling in

colors
begin to dance
with waves of light, singing
sun into roots, filling
my nights with dreams
of dawn

sailing the mares of night 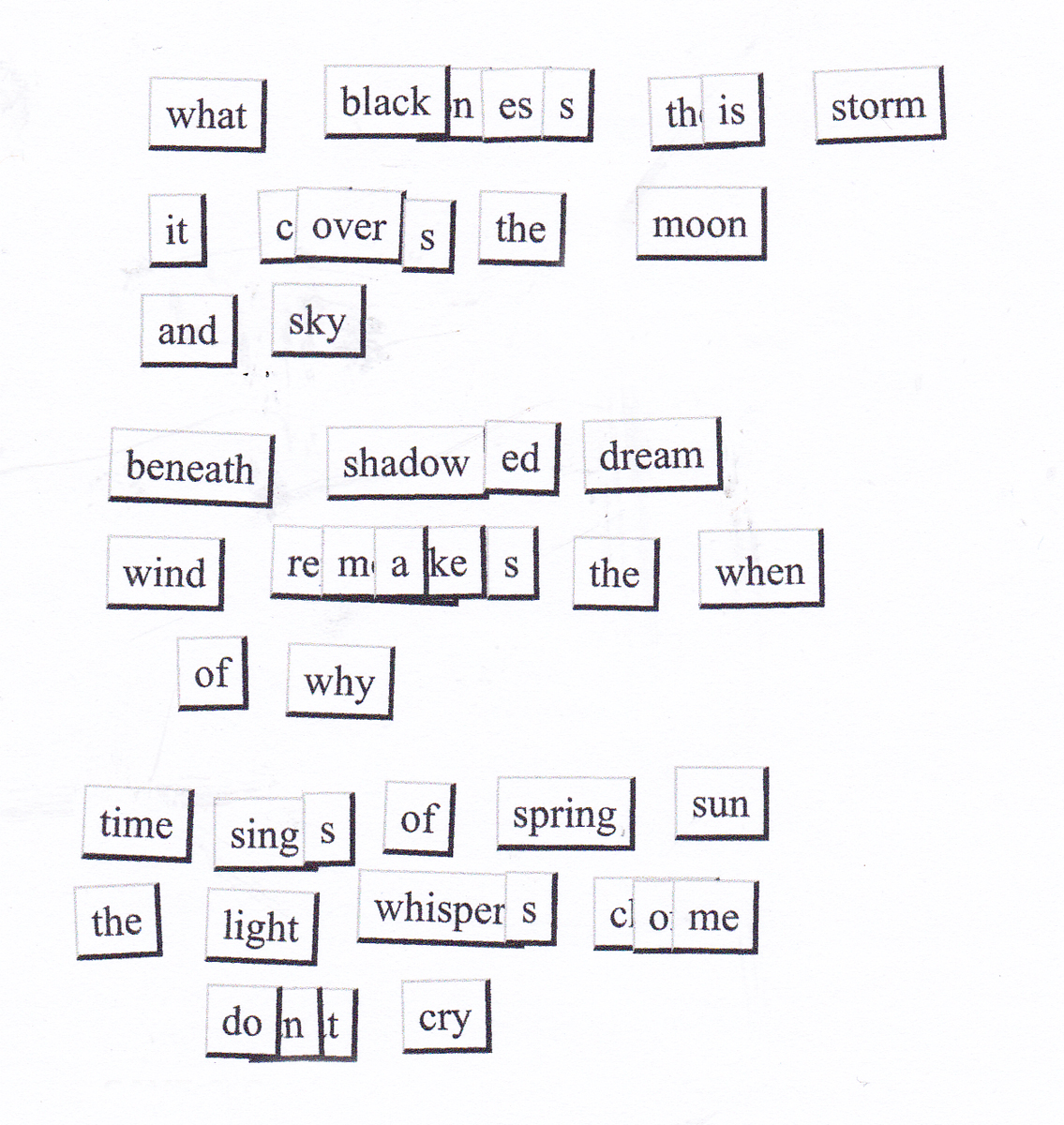 The Oracle gave me another lai, the featured poetic form at dVerse for May.  She began with darkness and ended with light.  They are always switching places it seems.

what blackness this storm?

it covers the moon
and sky

wind remakes the when
of why

I dreamt of my grandmother
in a large bed
in a crowded room
filled with aunts and uncles and cousins.

But where was my mother?

I sat in a rocking chair
and held her mother’s hand.
We did not need to speak–
her fingers had already threaded the needle
and passed it along.

My father came to me
like a bird, wings of arms outstretched.
“I am looking out for you,” he said.
I knew then he had made it safely
to the other side.

The dreams of a child
are like the cascading of oceans–
endless waves merging as they ebb and flow,
fantastic worlds ignoring the divisions
of day and night.
I would be a princess, a singer, a cosmic traveler,
an artist.  I would be a butterfly, a tree,
a bird.

What were my mother’s dreams?

I could not imagine her as a child.

She said she had wanted to be
an engineer.  She wanted
to study in Mexico.  She wanted
to travel the world.  Her father said
that was not what women did.
They married and had families–
and so she married my father,
and I was born between brothers.

When I dreamed of my children’s father,
he was working.
He was always working.
But my heart was glad:
“You are yourself again,” I said.
I knew he had made it safely
to the other side,
tools in hand.

For the last few years of her life,
my mother barely spoke.
She lost her tether to the world
when my father died.
Neither the hands of her children or her sister
could pull her back.

She is suspended in both time and place.

And so each night I wait.
When will she return to me, herself again,
to embrace my longing?

Where is my mother?

I don’t usually write such long or personal poems, but Larry Levis’ beautiful and meditative words, the reference for today’s NaPoWriMo prompt about the layers of time in thought and in life, made me think (as I often do) of my mother.  I’ve also incorporated the dVerse prompt of cascade.

the matrix of my dream emerges
from dark mirrors, casting outlines
of stories on particles
of air—constellated
points of glittered light
following the
movements of
inner
moons

A nonet for Colleen’s #TankaTuesday with synonyms for origin and write.

I did a bunch of these moon totems in 2017 and meant to do more, but the project got sidetracked by life.  I found this one in a drawer…I know the others are around somewhere.  Perhaps they are hiding with the birdlings, also missing since I moved.

Nina and I consulted the Oracle together this week.  We did our art independently, but the Oracle is always watching.

Now out to look at the blood moon!

Diamond rain crushing
the sky with shadow wind,
bitter like an ache– 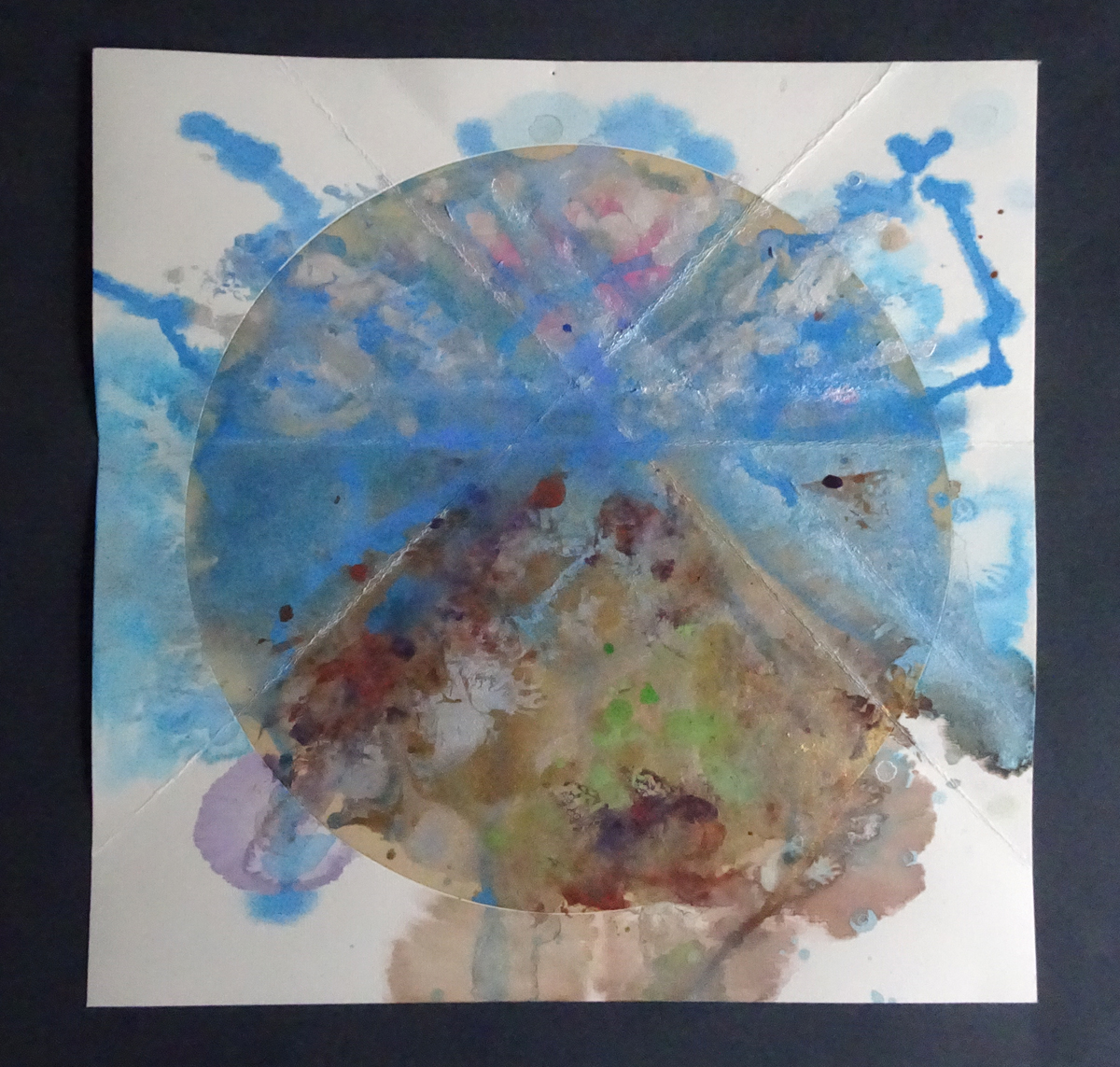 Tomorrow it will be gone–
this false night,
this held breath–
we are undreamed.

Light falls scattered
without gravity,
a sliver of reflected time–
tomorrow it will be gone,

out there towards never.
It resembles matter,
although it has no form–
this false night,

pure, unbroken–
(that’s what I imagine–
healed and levitating into always)
This held breath—

it neither comes nor goes.
Listening, it does not reply–
(we’ve lost our knowledge of sleep)–
we are undreamed.

For Sue Vincent’s photo prompt, above.  Another mysterious landscape.

Draw a Bird Day: Which Bird? 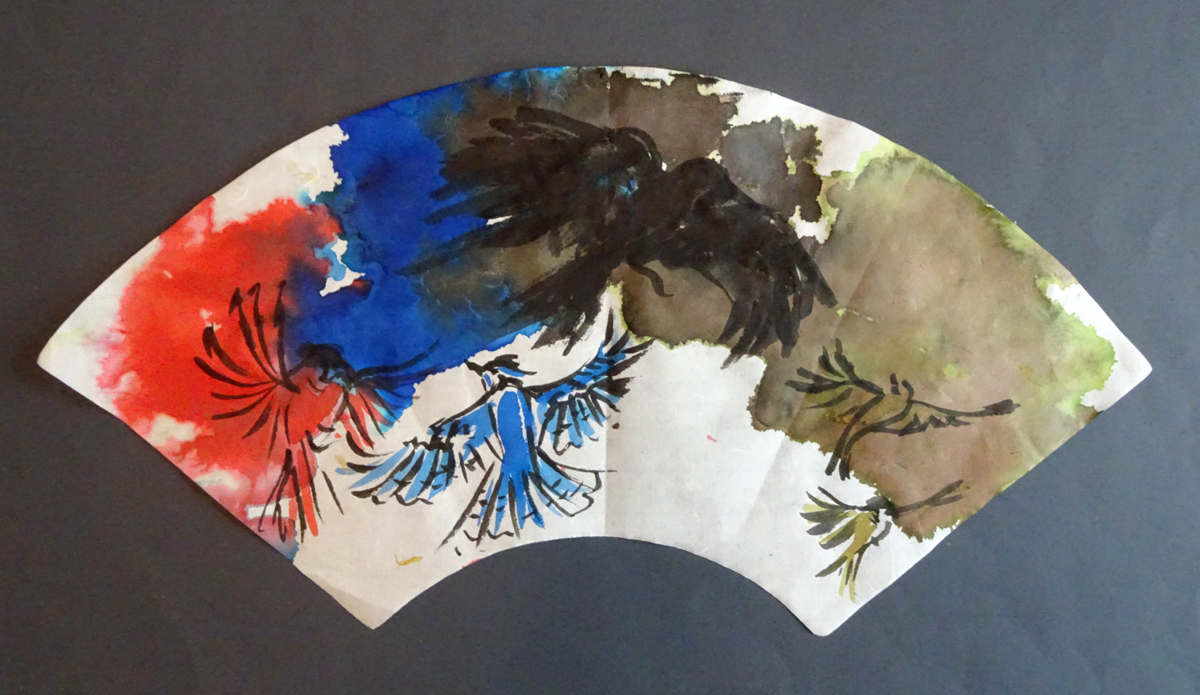 Which bird? you ask, which
bird?—sparrows, tiny sparrows–
wings to wish upon

This is based on a fragment of a dream that came back to me with the birds in the morning.  All five birds mentioned are often both heard and seen outside my windows and doors (and, apparently, also in my dreams). 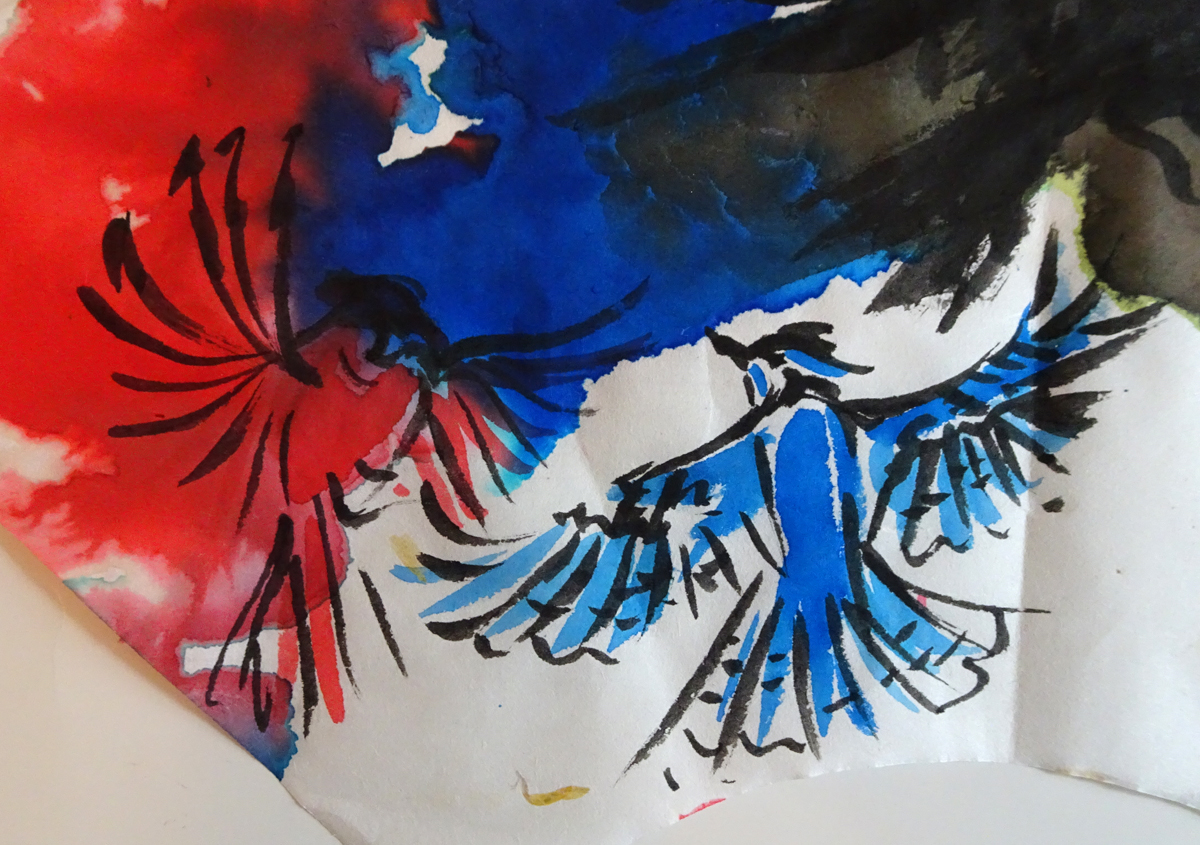 The Moon is Dreaming

I haven’t visited the magnetic Oracle for awhile.  She didn’t talk about the moon specifically, but I think it’s inferred.

like flowers born dancing with
children and starry-eyed fools

Sketch of a dream

Kerfe and I miss everyone and we miss WordPress. Kerfe has been dealing with an illness in the family and I…well, still haven’t set my workspace and just general work fatigue. I told Kerfe about the dream and she told me to draw it. I’m at work, nothing but a legal pad and marker. In my dream it was more cloud like, fluffier and dreamlike. Anyway we just wanted to say hi. Kerfe will be back to posting soon and so will I!

I got lost in another dream. I was on the edge, searching for a map.  I fell onto the blue river of time.  The flowers growing together inside the stars cast me home with song, just like you do. 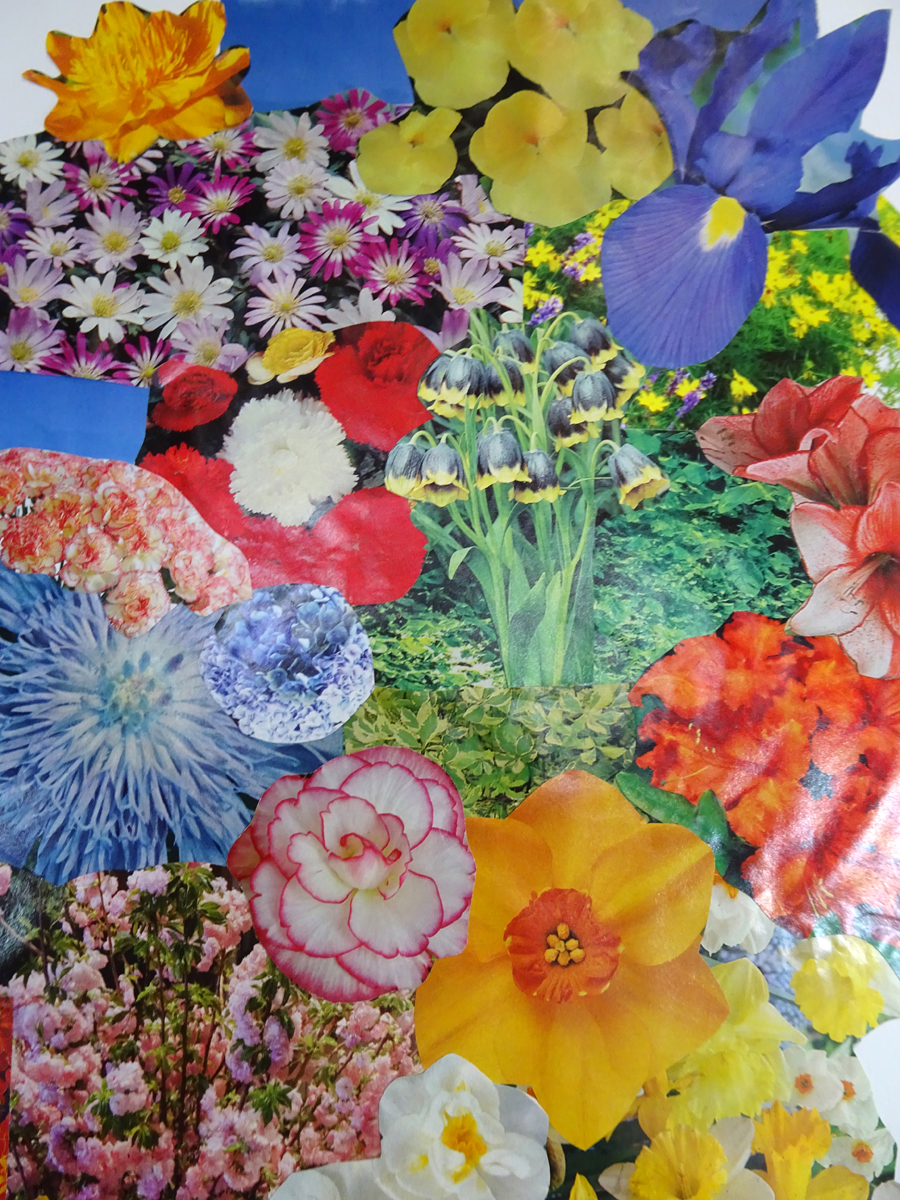 I started with “dear friend”, and the Oracle sent me a lovely message for Nina.  This blog, and my art and writing, would not be here without her encouragement and support.  Thank you my friend!

For NaPoWriMo Day 28.  Almost there…